Get all your dumpster questions answered: 843-258-1782
Our friendly staff will guide you through the rental process.
We always deliver the bin on time and pick it up on time.
We offer low prices – no hidden or extra fees.
We provide a no hassle simple straightforward contract.
We are a Conway local family-owned business.
We are a green company and we love recycling.

Palmetto Pride, the leading anti-litter and beautification organization in South Carolina, has cleaned 71 million pounds of litter from roadways and natural areas in the state over the past two decades.

Since the summer of 2020, SCDHEC representatives have collected approximately 10,000 pounds of junk from the lower Catawba River. In an effort to prevent macroplastic pollution, numerous local conservation organizations undertake routine litter sweeps in Columbia and Charleston.

Since January of this year, one of these organisations, the Congaree Riverkeeper in Columbia, has recovered almost 10,000 plastic waste pieces from local waterways. Similarly, since January 2020, the Charleston Waterkeeper has removed 6,200 plastic fragments.

What are the most common types of plastic pollution found in South Carolina?

An analysis of data from Litter-Free Digital Journal reveals that Styrofoam, plastic bottles, miscellaneous plastics, food wrappers and film, and plastic bags are the five most abundant plastic objects in South Carolina. These are regarded consumer plastics that can be minimized by specific public initiatives.

Why do we need to be concerned?

Sea Turtles: All four species of sea turtles found in South Carolina are either endangered or threatened. Plastic is usually eaten by sea turtles, particularly plastic bags that can resemble jellyfish, one of their favourite prey items. This can lead in a blocked stomach and eventual starvation.

Microplastics: Plastics never completely degrade, although they ultimately shatter into microplastics. These substances can bioaccumulate up the food chain and are regularly consumed by small creatures.

Human Health: Microplastics in waterways act as a sponge for various toxins (such as pesticides), and they have been found in our drinking water (even in Columbia, SC). The entire effects of microplastic ingestion on human health are yet unknown.

Birds: By 2050, it is anticipated that 99 percent of seabirds would have consumed plastic. Increasing numbers of terrestrial birds are also succumbing to plastic ingestion. They have also been observed using plastic items that can be ingested by hatchlings as nesting material.

Cost: There are numerous ways in which we practically pay for plastic pollution in South Carolina. Plastic bags often cause damage to recycling and waste facilities’ machinery. Employees of the Solid Waste Authority in Horry County estimate that they spend $100,000 annually repairing garbage machinery harmed by plastic bags.

Flooding: Plastic bags and other debris can easily enter storm drains and sewers, clogging them and increasing the probability of flooding during extreme weather events. It has also been discovered that flooding dramatically increases the concentration of microplastics in floodwater.

Get all your dumpster questions answered: 843-258-1782
Our friendly staff will guide you through the rental process.
We always deliver the bin on time and pick it up on time.
We offer low prices – no hidden or extra fees.
We provide a no hassle simple straightforward contract.
We are a Conway local family-owned business.
We are a green company and we love recycling.

✅Experts in the business 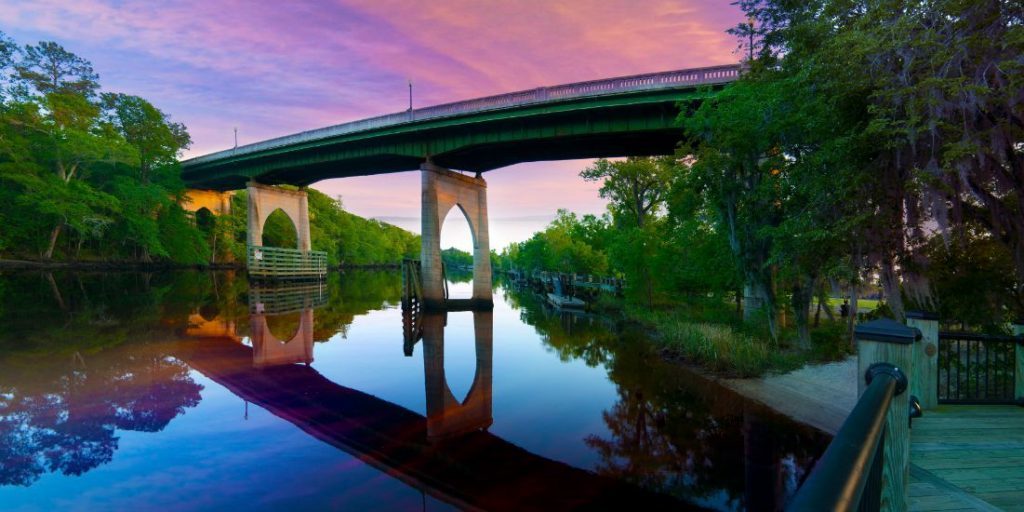 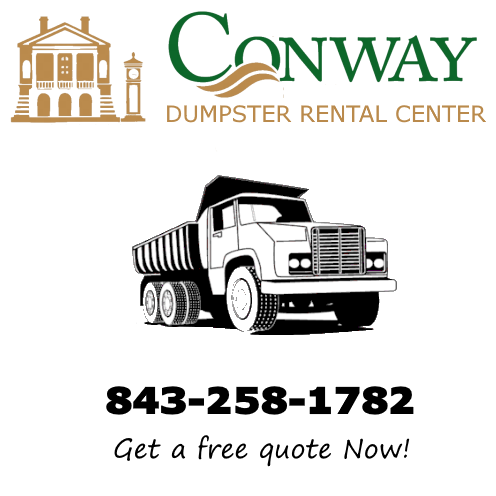 Conway Dumpster Rental Center is a waste management company that provides dumpster rentals services to its customers. We provide dumpsters with sizes ranging from 10 to 40 yards.

Conway Dumpster Rental Center is a company that manages junk. It is a corporation that assists businesses and households with junk disposal so that they do not pollute the environment.

Waste management is a significant problem that impacts both the environment and human health. We must consider strategies to ensure that we are not contributing to the situation.

Waste management is a major challenge in today's world, and it is crucial for people to understand where their rubbish goes once they throw it away.

Conway Dumpster Rental Center aims to ensure that their clients are aware of their waste management processes so that we can make responsible decisions regarding the things they purchase and the amount of junk we produce.

Additionally, the organization provides recycling services, which limit the amount of waste that goes to landfills.

We provides a number of services that can help you reduce your waste production by recycling and composting your junk or by supplying you with an affordable dumpster rental.

Conway Dumpster Rental Center is a local business that provides excellent waste management services. We  provides affordable junk disposal, recycling, and non - hazardous waste. The company has been in existence for over 20 years and has a reputation for providing great service at reasonable pricing.